What's it all about?

The focus of this blog is the ancient Greek and Roman philosophy of happiness (eudaimonia) which was the most widespread philosophical tradition in the Western world from when it was first extensively introduced in the philosophical dialogues of Plato in Athens in the fourth century BC all the way up to the writings of the Roman Emperor Marcus Aurelius in the late second century CE. In other words, a period of more than five hundred years. Since the core concepts and questions in this tradition was defined by the Socrates we meet in Plato's dialogues - and since all the following thinkers in the tradition saw themselves as followers of Socrates - it seems to be both fair and informative to call it the Socratic tradition.

The "Socrates and the Stoics"-project began as a so-called "Collection" on Google+ and ran for more than five years gathering more than 169.000 followers and well above 30.000 comments. This blog was created in December 2018 as a new chapter for the project after Google announced the end of Google+.


So why do I focus almost exclusively on Stoicism rather than, say, Aristotle or Epicurus - or simply on Socrates?

Because I think Stoicism is the most advanced and well-argued version of the Socratic philosophy of happiness.


But why, then, do I focus almost exclusively on the Roman Stoic Seneca and not on, say,  Epictetus or Marcus Aurelius?

Here are parts of the answer:

"Seneca remains, for us today no less than for the revivers of Stoicism in the sixteenth century, our best representative of ancient Stoicism. In his case as in few others we have the luxury of reading, with their full contexts, whole works of philosophy by a Stoic. He is still an excellent, indeed indispensable, source for those who may wish to learn about, and learn from, Stoicism and its outlook on life."
- Seneca - Moral and Political Essays. Edited and translated by John M. Cooper and J. F. Procopé, Cambridge University Press, 1995, location 446


I think of Seneca's writings to Lucilius - his letters and the works "On Natural Questions" and "On Providence" - as one very comprehensive introduction to Stoicism and I will be focusing a lot on those works here. I highly recommend the very recent (2015) complete translation of the letters done by Margaret Graver and A. A. Long for Chicago University Press.


Does all this mean that I believe that Seneca is right about everything?

The answer is no :-) I don't even think it is enough to read Seneca to get a full picture of Stoicism. Cicero is extremely important as well - both as a source for orthodox Stoicism and as a very intelligent writer thinking about Stoicism.

The other sources for Greek Stoicism are extremely important as well. I highly recommend Brad Inwood's collection of sources for early Stoicism, The Stoics Reader, Hackett Publishing, 2008. It's a very comprehensive selection of texts with great comments and notes.

Thank you for your interest! 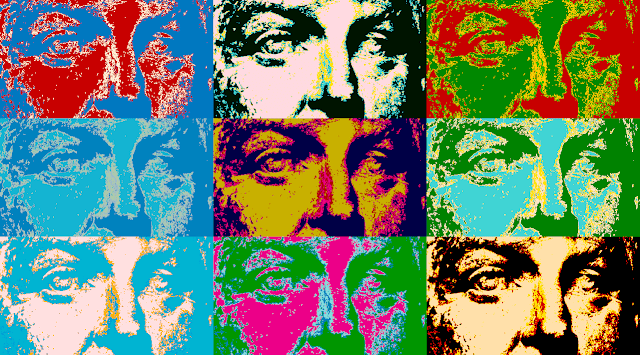 According to popular opinion both in ancient Greece and today, happiness requires things such as wealth, good health, good looks, friends, family and good reputation. In Plato's dialogue Euthydemus Socrates challenges those beliefs by claiming that none of those things are good, if they are not used wisely. In fact, Socrates claims that a person who has wisdom doesn't need any of those things at all since he or she can turn any situation into something beneficial for him- or herself. "If wisdom is present, the one for whom it is present has no need of good fortune". - Socrates in Euthydemus, 279E In other words, Socrates claims that wisdom is a sufficient requirement for happiness (and a necessary requirement too, of course). Aristotle famously challenges that claim. But what exactly does he say? Let's have a look. "we suppose happiness is enduring and definitely not prone to fluctuate, but the same person’s fortunes often turn to and fro. For clearly
8 comments
Read more

This article claims that a Stoic has no reason to get depressed by bad political conditions since an evil government is not really a bad thing for a Stoic - since nothing can be bad for a Stoic except his own bad choices. Even so, the article claims, a Stoic acknowledges that an evil government is capable of doing "terrible things" to people. To make this line of thinking work we have to think of ourselves as Stoics who can't be harmed by an evil government - since nothing can be bad for us as Stoics except our own bad choices - and other people as non-Stoics who will suffer terribly if they are oppressed by the evil government. In my opinion, this interpretation of Stoicism is flat out wrong. First of all, an evil government is indeed a bad thing. The Stoics distinguish between internal good/bad things such as our own good or bad choices and external good/bad things such as other people's happiness or unhappiness: "some bad things are in the sou
21 comments
Read more

" Not wanting is just as good as having ."  - Seneca, Letters 119.2 The reason that not wanting is just as good as having is, of course, that both when we have something and when we don't want that thing we don't need that something. In both cases we are in a state (in regard to that thing) where we don't feel that our life is incomplete due to not having that thing. However, simply being in a state of "not having" does not equal being content, happy, wise. A person who does not have something is not content if that person is in a state of wanting what he or she hasn't got. To be content, happy, wise is to fully understand that we always already have all we need for happiness in ourselves. A stoic does not want food, health, wealth etc. Wanting  something is to desire   that thing - which is to suffer from the false belief that the thing is question is a necessary condition for happiness. A Stoic knows that the only  thing which is necessary fo
Post a Comment
Read more