December 20, 2018
Seneca's letter no. 13 to Lucilius is a great example of how Seneca refines and expands orthodox Stoicism. Classic Stoicism would say that the best approach to any kind of fear we are experiencing is to realize that there is nothing to fear since nothing can harm a wise person. Seneca would agree that, ultimately, it's true that there is nothing to fear but he knows that there is much more to fear and he wants to give us something to work with right now. The standard Stoic analysis of fear is that it is simply a passion that is caused by lacking understanding of "what is terrible and what is not terrible". But Seneca shows us how we terrorise ourselves by using our imagination to anticipate things that might never happen. Suppose we are afraid of being fired from our job, for example. From the point of view of classical Stoicism the advice would probably be for us to realize that loosing our job can't possibly harm us since all that matters for happiness is virtue. For most people that advice would probably have very little value. In fact, it would probably make most us feel bad for not being strong enough to not be terrified of the prospect of losing our home and having to live on the street. Or, alternatively, that advice could make us attempt to be tough Stoics and say things like "What do I care about what the fools who leads this company decides?". In both cases the advice is unlikely to make us stop worrying. Seneca's advice would be for us to ask "What are my reasons for thinking that I might get fired? Could it possibly be the case that I'm giving in to mistrust and contempt and am jumping to conclusions?" Perhaps past experience with the company has made us feel that we have very good reason to think that we might get fired. Seneca wants us to focus on the fact that we might not get fired - even if the chances are very slim - and he wants us to focus on the fact that as long as we are not fired, we are not fired and get on with our work.

"There are more things, Lucilius, likely to frighten us than there are to crush us; we suffer more often in imagination than in reality. I am not speaking with you in the Stoic strain but in my milder style. For it is our Stoic fashion to speak of all those things,which provoke cries and groans, as unimportant and beneath notice; but you and I must drop such great-sounding words, although, heaven knows, they are true enough. What I advise you to do is, not to be unhappy before the crisis comes; since it may be that the dangers before which you paled as if they were threatening you, will never come upon you; they certainly have not yet come. Accordingly, some things torment us more than they ought; some torment us before they ought; and some torment us when they ought not to torment us at all. We are in the habit of exaggerating, or imagining, or anticipating, sorrow.

The first of these three faults may be postponed for the present, because the subject is under discussion and the case is still in court, so to speak. That which I should call trifling, you will maintain to be most serious; for of course I know that some men laugh while being flogged, and that others wince at a box on the ear. We shall consider later whether these evils derive their power from their own strength, or from our own weakness. Do me the favour, when men surround you and try to talk you into believing that you are unhappy, to consider not what you hear but what you yourself feel, and to take counsel with your feelings and question yourself independently, because you know your own affairs better than anyone else does. Ask: "Is there any reason why these persons should condole with me? Why should they be worried or even fear some infection from me, as if troubles could be transmitted? Is there any evil involved, or is it a matter merely of ill report, rather than an evil?" Put the question voluntarily to yourself: "Am I tormented without sufficient reason, am I morose, and do I convert what is not an evil into what is an evil?" You may retort with the question: "How am I to know whether my sufferings are real or imaginary?" Here is the rule for such matters: we are tormented either by things present, or by things to come, or by both. As to things present, the decision is easy. Suppose that your person enjoys freedom and health, and that you do not suffer from any external injury. As to what may happen to it in the future, we shall see later on. To-day there is nothing wrong with it. "But," you say, "something will happen to it." First of all, consider whether your proofs of future trouble are sure. For it is more often the case that we are troubled by our apprehensions, and that we are mocked by that mocker, rumour, which is wont to settle wars, but much more often settles individuals. Yes, my dear Lucilius; we agree too quickly with what people say. We do not put to the testthose things which cause our fear; we do not examine into them; we blench and retreat just like soldiers who are forced to abandon their camp because of a dust-cloud raised by stampeding cattle, or are thrown into a panic by the spreading of some unauthenticated rumour. And somehow or other it is the idle report that disturbs us most. For truth has its own definite boundaries, but that which arises from uncertainty is delivered over to guesswork and the irresponsible license of a frightened mind. That is why no fear is so ruinous and so uncontrollable as panic fear. For other fears are groundless, but this fear is witless. Let us, then, look carefully into the matter. It is likely that some troubles will befall us; but it is not a present fact. How often has the unexpected happened! How often has the expected never come to pass! And even though it is ordained to be, what does it avail to run out to meet your suffering? You will suffer soon enough, when it arrives; so look forward meanwhile to better things. What shall you gain by doing this? Time. There will be many happenings meanwhile which will serve to postpone, or end, or pass on to another person, the trials which are near or even in your very presence. A fire has opened the way to flight. Men have been let down softly by a catastrophe. Sometimes the sword has been checked even at the victim's throat. Men have survived their own executioners. Even bad fortune is fickle. Perhaps it will come, perhaps not; in the meantime it is not. So look forward to better things. The mind at times fashions for itself false shapes of evil when there are no signs that point to any evil; it twists into the worst construction some word of doubtful meaning; or it fancies some personal grudge to be more serious than it really is, considering not how angry the enemy is, but to what lengths he may go if he is angry. But life is not worth living, and there is no limit to our sorrows, if we indulge our fears to the greatest possible extent; in this matter, let prudence help you, and contemn with a resolute spirit even when it is in plain sight. If you cannot do this, counter one weakness with another, and temper your fear with hope. There is nothing so certain among these objects of fear that it is not more certain still that things we dread sink into nothing and that things we hope for mock us. Accordingly, weigh carefully your hopes as well as your fears, and whenever all the elements are in doubt, decide in your own favour; believe what you prefer. And if fear wins a majority of the votes, incline in the other direction anyhow, and cease to harass your soul, reflecting continually that most mortals, even when no trouble are actually at hand or are certainly to be expected in the future, become excited and disquieted. No one calls a halt on himself, when he begins to be urged ahead; nor does he regulate his alarm according to the truth. No one says; "The author of the story is a fool, and he who has believed it is a fool, as well as he who fabricated it." We let ourselves drift with every breeze; we are frightened at uncertainties, just as if they were certain. We observe no moderation. The slightest thing turns the scales and throws us forthwith into a panic." 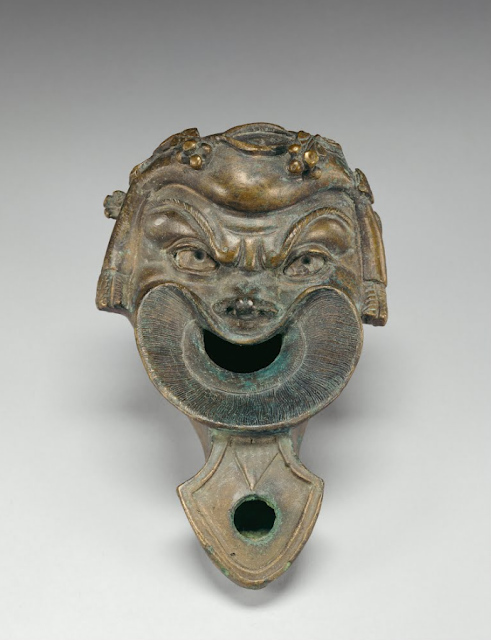 January 10, 2019
According to popular opinion both in ancient Greece and today, happiness requires things such as wealth, good health, good looks, friends, family and good reputation. In Plato's dialogue Euthydemus Socrates challenges those beliefs by claiming that none of those things are good, if they are not used wisely. In fact, Socrates claims that a person who has wisdom doesn't need any of those things at all since he or she can turn any situation into something beneficial for him- or herself.

"If wisdom is present, the one for whom it is present has no need of good fortune".

In other words, Socrates claims that wisdom is a sufficient requirement for happiness (and a necessary requirement too, of course). Aristotle famously challenges that claim. But what exactly does he say? Let's have a look.

"we suppose happiness is enduring and definitely not prone to fluctuate, but the same person’s fortunes often turn to and fro. For clearly, if we t…
7 comments
Read more

To make this line of thinking work we have to think of ourselves as Stoics who can't be harmed by an evil government - since nothing can be bad for us as Stoics except our own bad choices - and other people as non-Stoics who will suffer terribly if they are oppressed by the evil government.
In my opinion, this interpretation of Stoicism is flat out wrong.
First of all, an evil government is indeed a bad thing. The Stoics distinguish between internal good/bad things such as our own good or bad choices and external good/bad things such as other people's happiness or unhappiness:
"some bad things are in the soul, i.e., vices a…
21 comments
Read more

A few quick notes on committing injustice vs suffering it

Now, let's imagine that person A is completely wise. This would mean that he or she is completely indifferent to things like bodily harm, poverty, sickness, reputation, insults, abuse and whatever else life or other human beings can throw at us. Obviously, it would still be possible to commit an injury in relation to a person like that - since this would simply require having the intention to harm that person. However, it would be impossible to …
7 comments
Read more